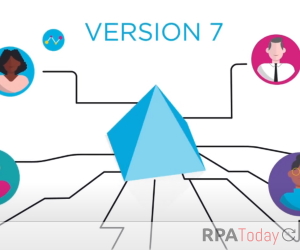 U.K.-based RPA technology provider Blue Prism recently announced the most recent version of its automation platform with an eye toward enabling an elusive goal for many organizations embarking on automation journeys: scale.

The company said its Version 7, introduced at a recent virtual user conference, has been rearchitected to focus on orchestration of workflow versus automating tasks and attended automation versus unattended that advance overall organizational digital transformation efforts rather than more narrowly defined goals.

“The release of eight new products followed by the major platform release of Version 7, takes us towards programmable infrastructure, with enhanced cloud offerings and enterprise strategic automation at the core,” said Jason Kingdon, CEO of Blue Prism. “Multi-tasking software robots that automatically scale and carry out end-to-end complex process automations move us away from current RPA definitions towards a greatly enhanced model of robot productivity. This, along with strategic business outputs and support for broader digitization and automation capabilities, is the path forward.”

New products available as part of the redesigned platform include tools that extract and organize structured and semi-structured data, enhance the interaction between human customers and digital workers and automatically generate the components needed for a process definition document.

Blue Prism also announced a change to its pricing model, offering an all-inclusive license so digital workers can be upgraded with additional capabilities at no extra cost.