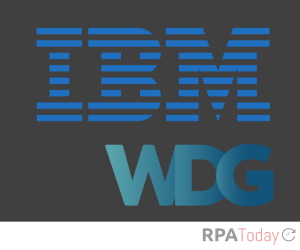 IBM said it will leverage the Brazilian company’s capabilities to integrate pre-built RPA functions from WDG Automation into its Cloud Pak for Automation offering.

“IBM already automates how companies apply AI to business processes and IT operations so they can detect opportunities and problems and recommend next steps and solutions,” said Denis Kennelly, general manager of cloud integration for IBM Cloud and Cognitive Software. “With today’s announcement, IBM is taking that a step further and helping clients accelerate automation to more parts of the organization, not just to routine, but more complex tasks so employees can focus on higher value work.”

The agreement echoes two recent deals – Microsoft’s acquisition of Softomotive and Appian’s agreement to acquire Novayre Solutions – that have begun to shift the nature of the RPA space. Although, according to Appian’s Michael Beckley, those deals do not signal the end of the startup phase for RPA.

“The market is still in a hyper-growth phase,” Beckley told RPA Today in a recent interview. “While you’d expect more consolidation – and I wouldn’t be surprised to see some – it’s such a big market. I think the excessive private equity money that’s available will create even more startups. We’ll see this churn of consolidation matched with new market entrants persist for another few years.”

Financial terms of the agreement between IBM and WDG Automation were not disclosed.