RPA’s Time is Now: Report Says 75% of Execs Predict Automation Will Disrupt Their Industry in 2022 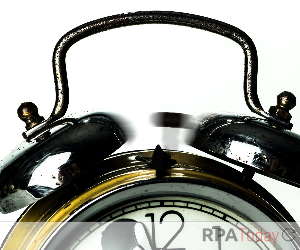 While the benefits of RPA and intelligent automation have been touted for several years, implementation at scale is still relatively nascent. According to a new report, however, many executives expect the next 12 months to be transformative.

Part of a recent study on emerging trends conducted by research firm GlobalData found that 75 percent of executives whose companies could be end users of technology predict that process automation will disrupt their industry throughout 2022 and into 2023.

“The pandemic has shown us just how vital intelligent automation and robotics advancements are for the new world of work,” said Charlotte Dunlap, principal analyst at GlobalData. “They are transforming traditional business processes such as X and Y into smooth, automatic workflows—vastly improving customer experience. The result will be a new workforce, whereby robotic process automation (RPA) replaces repetitive and mundane jobs while humans cover tasks that require personal interactions and high productivity.”

Dunlap also noted that process mining tools, which many RPA providers are adding to their offerings, has made the most “noteworthy” progress of any related technology. It has led, she said, to intelligent document processing as an increasingly popular use case improving organizations’ operational efficiencies around document-intensive workflows.