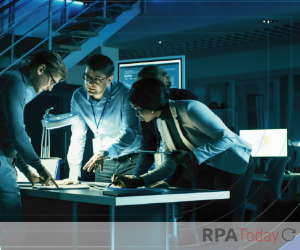 While a growing number of enterprise software giants have made recent acquisitions in the RPA space, a new report predicts that only one will compete strongly with established pure play technology providers in the market.

In The RPA Market Has Reached a Defining Moment ($), Cambridge, Mass.-based consultancy Forrester says despite sizeable investments in RPA companies and technology by software juggernauts like Salesforce, SAP, ServiceNow and IBM, only Microsoft represents a true challenge to legacy RPA providers that staked out early leadership in the space.

As AI asserts more influence on RPA and enables companies to wring out more efficiency from automation in more use cases, RPA will become embedded in an increasing number of tools. But, because organizations are beginning to use RPA so broadly—with applications across HR, finance, CRM, etc.—the report suggests pure plays led by UiPath, Automation Anywhere and Blue Prism are well positioned to provide CIOs what they need.

“With the exception of Microsoft, IA acquisitions are less of a threat to pure-play RPA vendors. Tech giants have ‘license power’ but may bundle RPA as a check-off item or loss leader, and therefore, they lack focus on what makes RPA so compelling,” the report said.